Oil and the Second Narrows bridge

The Second Narrows bridge (the railway bridge) has been replaced a few times through the years and has always been a chokepoint in Burrard Inlet that many large ships have had problems navigating through.

I can remember this event well The 1979 collison from a Oil tanker (scroll down in the story ) with the span, which put it out of service for many months.
This was a very close call in 1979 with the MV Japan Erika, that many people have totally forgoten about (I have some pictures taken from the water of this accident, I will have a look for them soon, and post some of them up. Rare close up views).
Some earlier accidents, and by no means complete either. 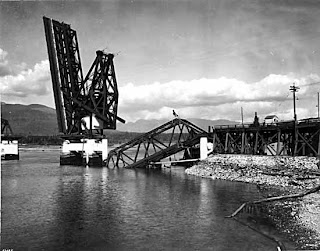 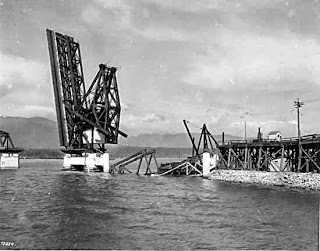 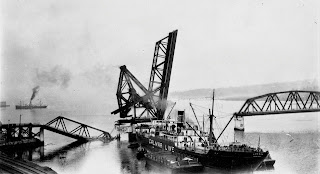 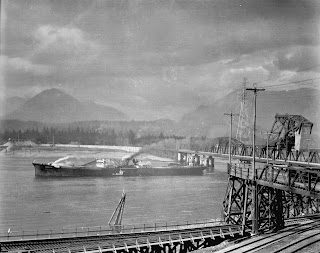 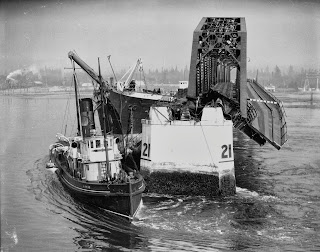 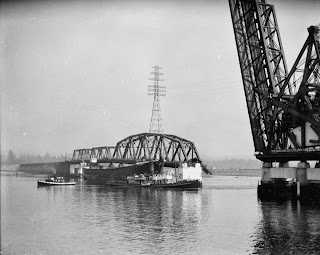 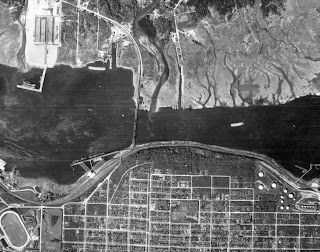 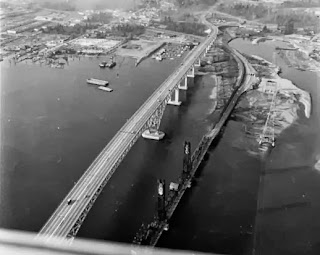 
Nothing much has changed here, the bridge was fixed from the 1979 incident, studies were generated as usual but not much done, other than tugs now assist ships through the area, BUT the ships, especially when combined with the weather, tides, etc, are far more powerful than the tugs can sometimes control.
( personal experience )

Groups like Burke Mountain Naturalists (BMN), Raincoast Conservation Foundation, (RCF),
Conversations for Responsible Economic Development, (CRED) and Pipe-up
among many others are spearheading the opposition to expansion of this type of traffic through the Port of Vancouver. Contact the groups and also your local M.P., M.L.A. and local politicians and voice your concerns.

UPDATE: As promised above, a few pictures of the 1979 incident, these have never been seen in public. 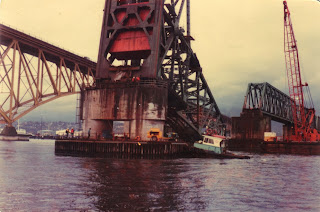 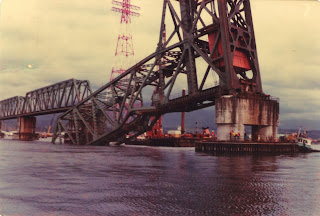 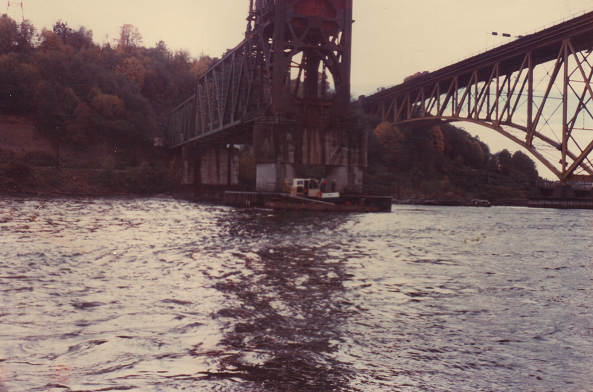 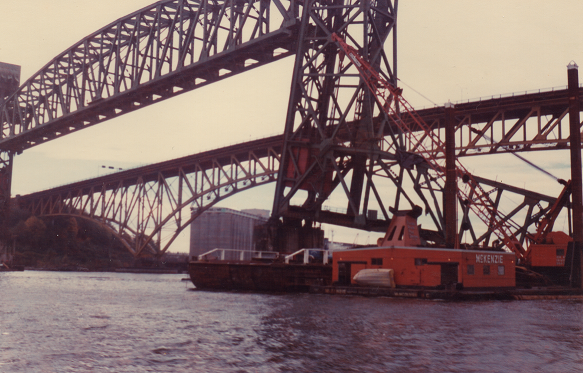 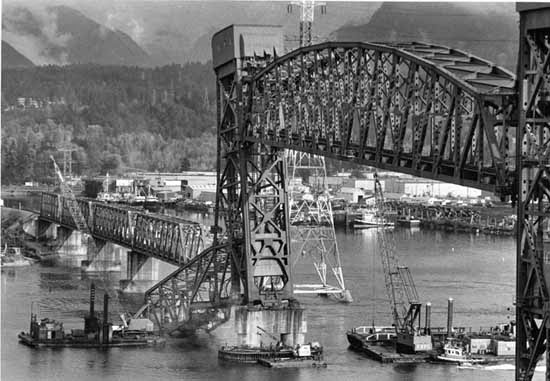 Marine cranes at work… Repairs to the heavily damaged Canadian National Railway bridge across Burrard Inlet resumed Monday when workers returned to their jobs after a work stoppage Sunday. Twenty members of International Association of Bridge, Structural and Ornamental Iron Workers refused to work when they discovered a shim under the northeast leg had come free.
The problem was corrected and the bridge declared safe for continued repair.
The span was knocked out two weeks ago by a Japanese freighter.
photo: Peter Battistoni; Columbian Photo.  Record ID 67030

A good way to look at most of the larger vessels transiting the area is to look at Marinetraffic com
which is a better way really to look at the shipping traffic since it gives a better sense of the scale of it, and the traffic congestion in the harbour. Remember there is much more work boat, small boat traffic than the larger ships.

Posted by niftyniall at 3:57 AM