No rest for the wicked they say, so to that end a few merry souls marched off to New West to host Take Back Our Port rally on Sunday   Beautiful weather too.
Some background about the numerous issues facing the environment:    FRIDAY FEATURE: Port giant needs to step away from enviro table: Biologist, mayor;
Potential coal export expansion, aviation fuel delivery plan, tunnel replacement leads to question; how much power does Port Metro Vancouver have?

Numerous issues being debated as usual, never just a simple one task to be dealt with, but all with a common thread of potential damage to the environment we cherish. 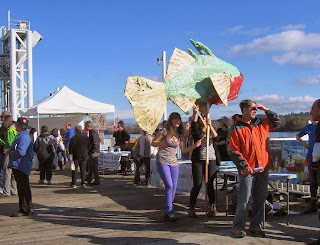 The Texada Stickleback under threat by the proposed expansion, and change of use of a LaFarge Canada Aggregate quarry on Texada Island to store the dirty coal.
( Larger Pic ) 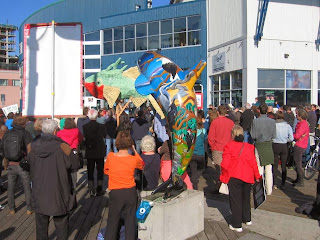 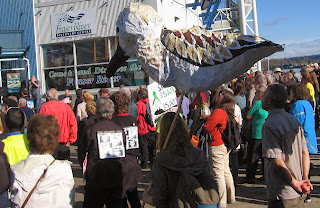 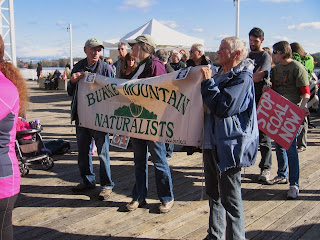 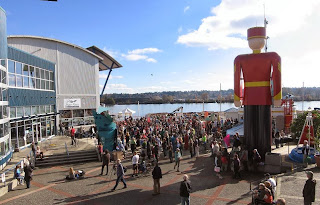 Overlooking part of the crowd.
( Larger Pic )
Posted by niftyniall at 8:28 AM