Another year, another Christmas Bird Count, CBC.  Read about and see a little of what we saw last year  from the 2014 CBC

This year we had the honour of two more souls, Megan and Jayme joining in the adventure and they helped considerably in raising the species counted, and the quantity.   Plus we were lucky to add a few new species for this walk, the  elusive Brown Creeper, which was always suspected, but was creeping elsewhere whenever we walked through.  And Anna's Hummingbirds which in hindsight I had heard about overwintering here, but we had never spotted before; a few residents along our route had hummingbird feeders setup and filled, so our work was easy, just look for the feeders.

We were not far along on our adventure when two dogs became interested in us, appearing to live at 4071 Cedar Drive, they followed us for a few kilometers, well into Minnekhada Farm, when a Metro parks staff member, Mellisa became interested in them, being that no unleashed dogs are allowed in the park.  We explained to her the situation and she tried to contact the owners, after reading the dog tags but no one was home. She even drove down to the residence but received no answer. At least from now on we had no dog escort to hinder our count.

I am sad to report the loss of one of the roosters, Gallus gallus domesticus metallii 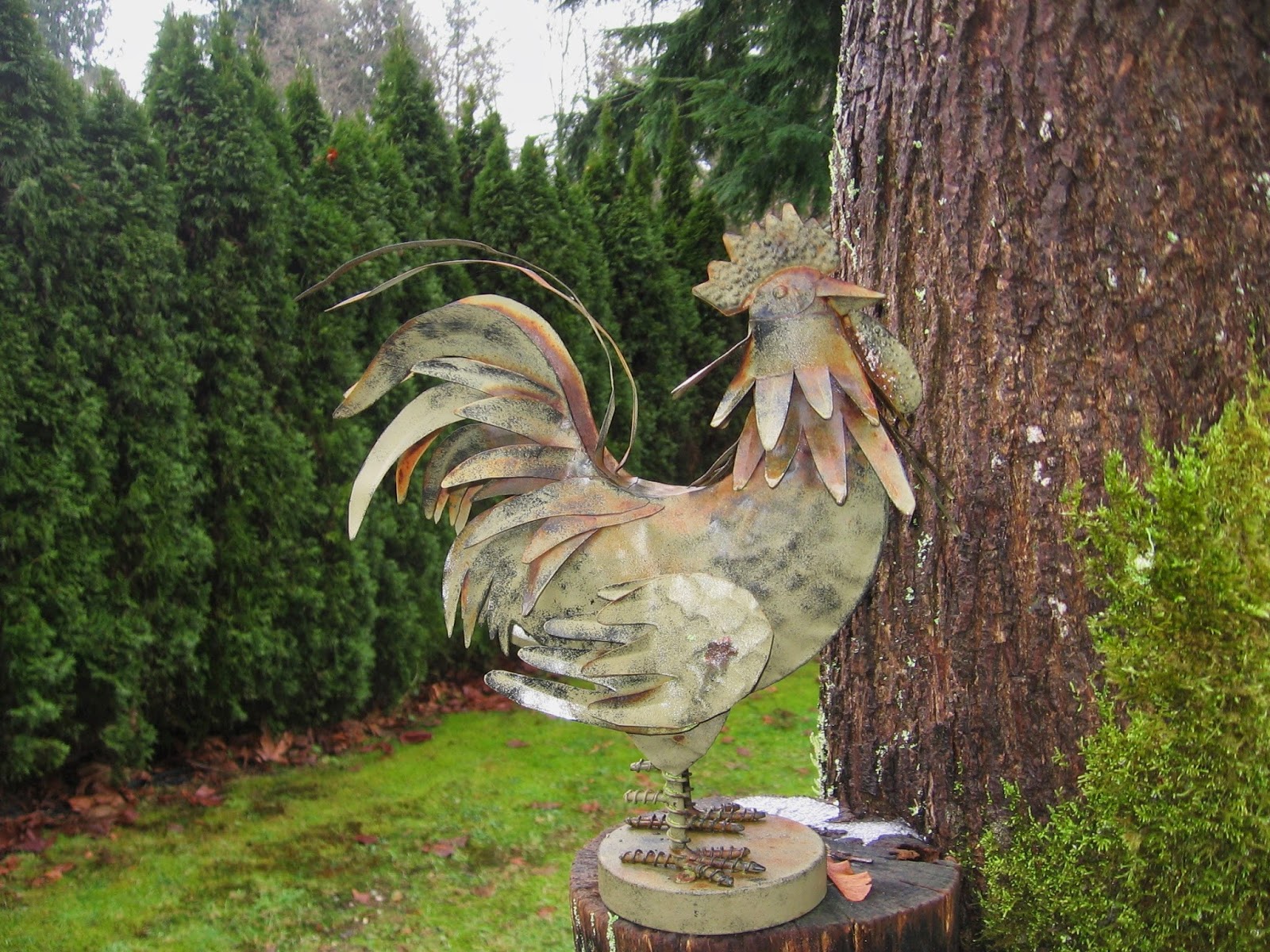 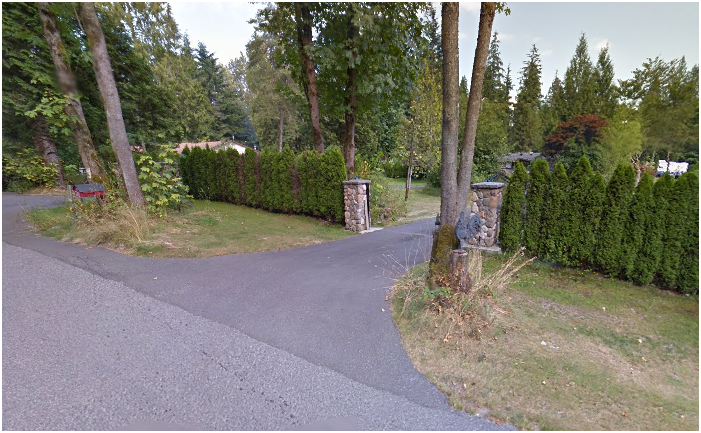 We started our adventure from the DeBoville parking lot at 8:40 a.m., and completed our
mission at 12:40 p.m. back where we started. The weather was overcast, temperature high of 4C, with drifting low-hanging clouds being the norm.

A total count of 26 species, and one metal rooster; with a grand total of 392 tiny souls being counted. 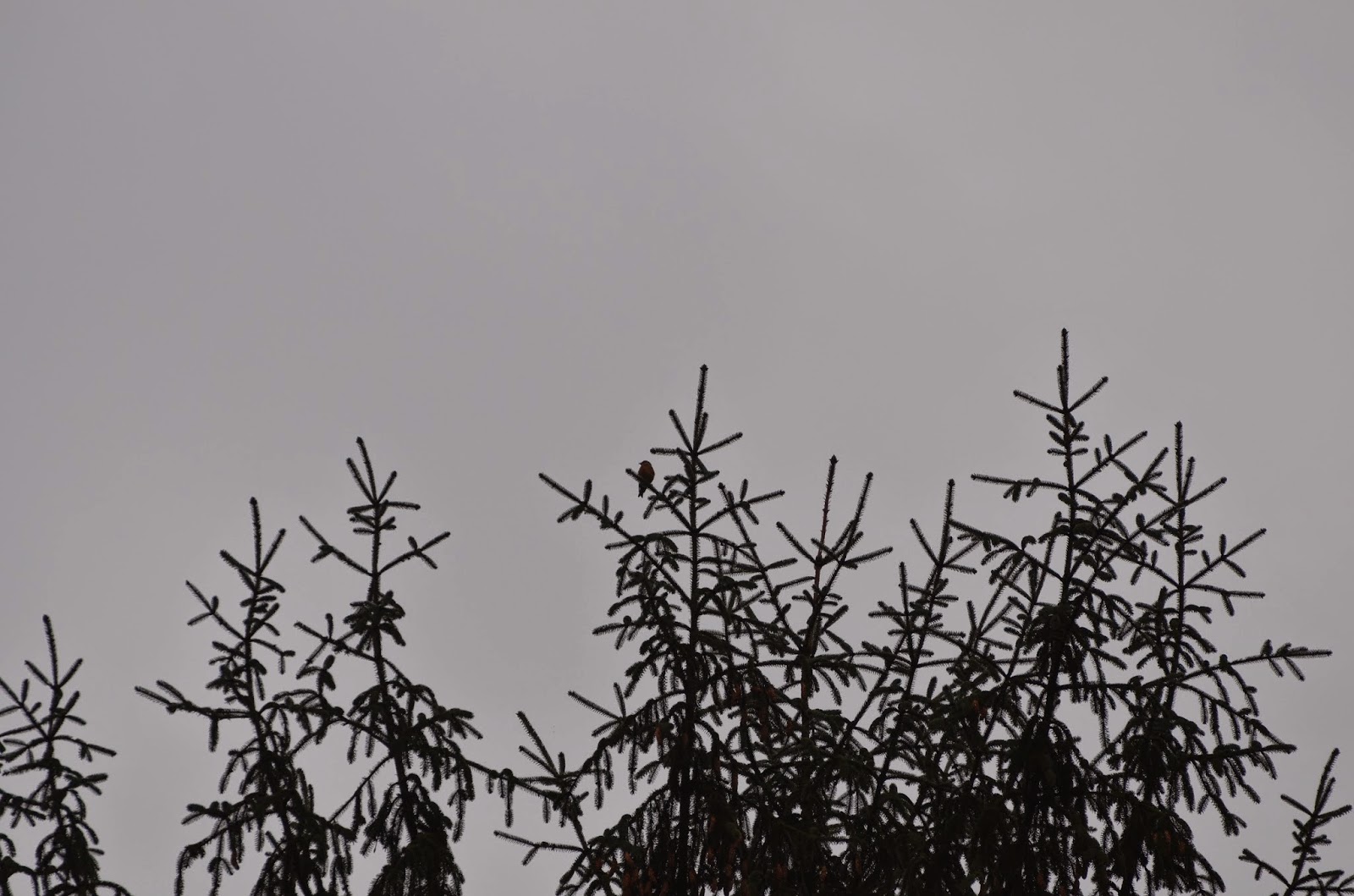 Photo by Megan Willie, of a Red Crossbill 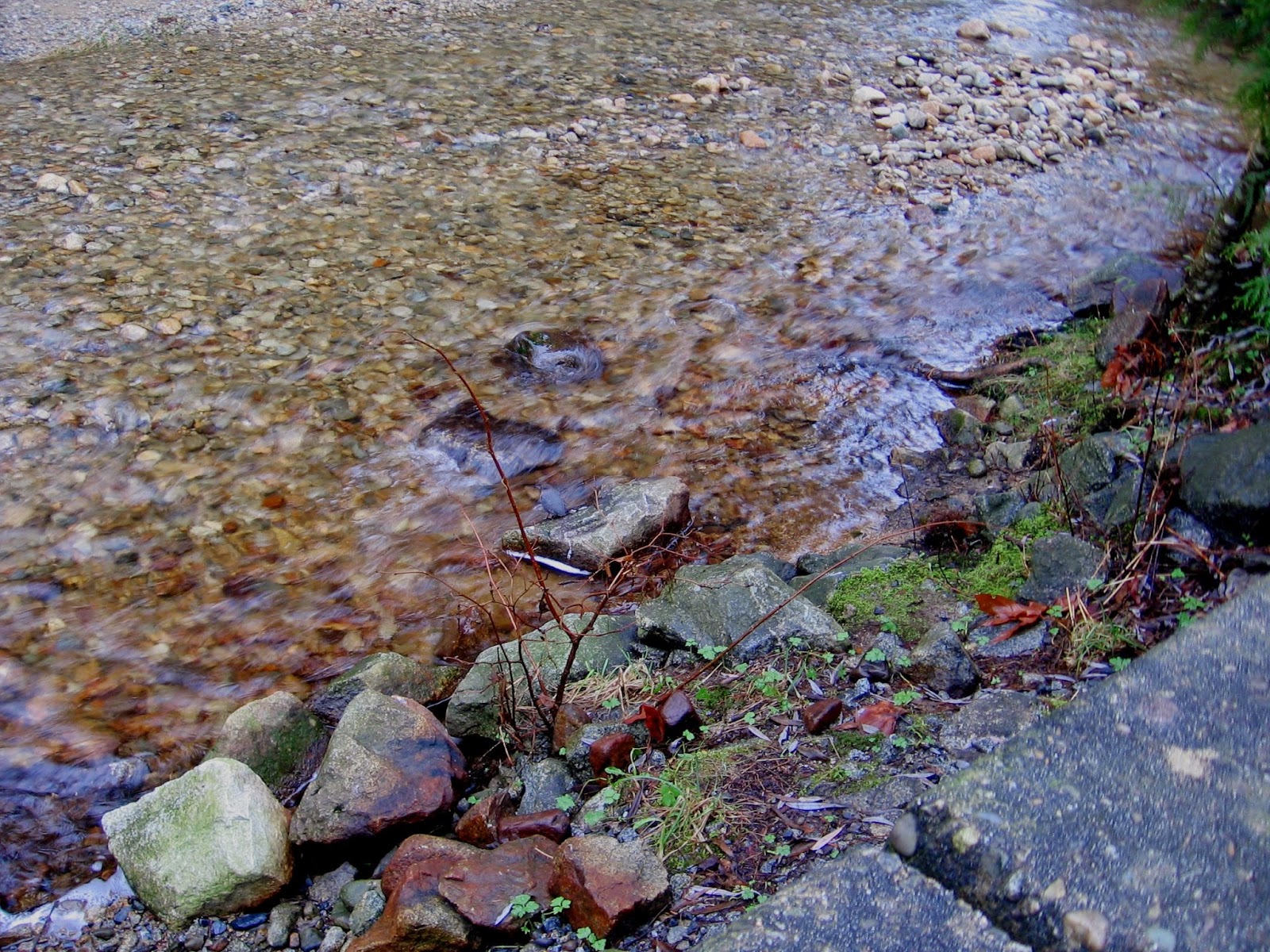 Hard to see, but there is a American Dipper on the rock in the lower middle portion of this photo.

Another photo of the American Dipper by Pamela Zevit 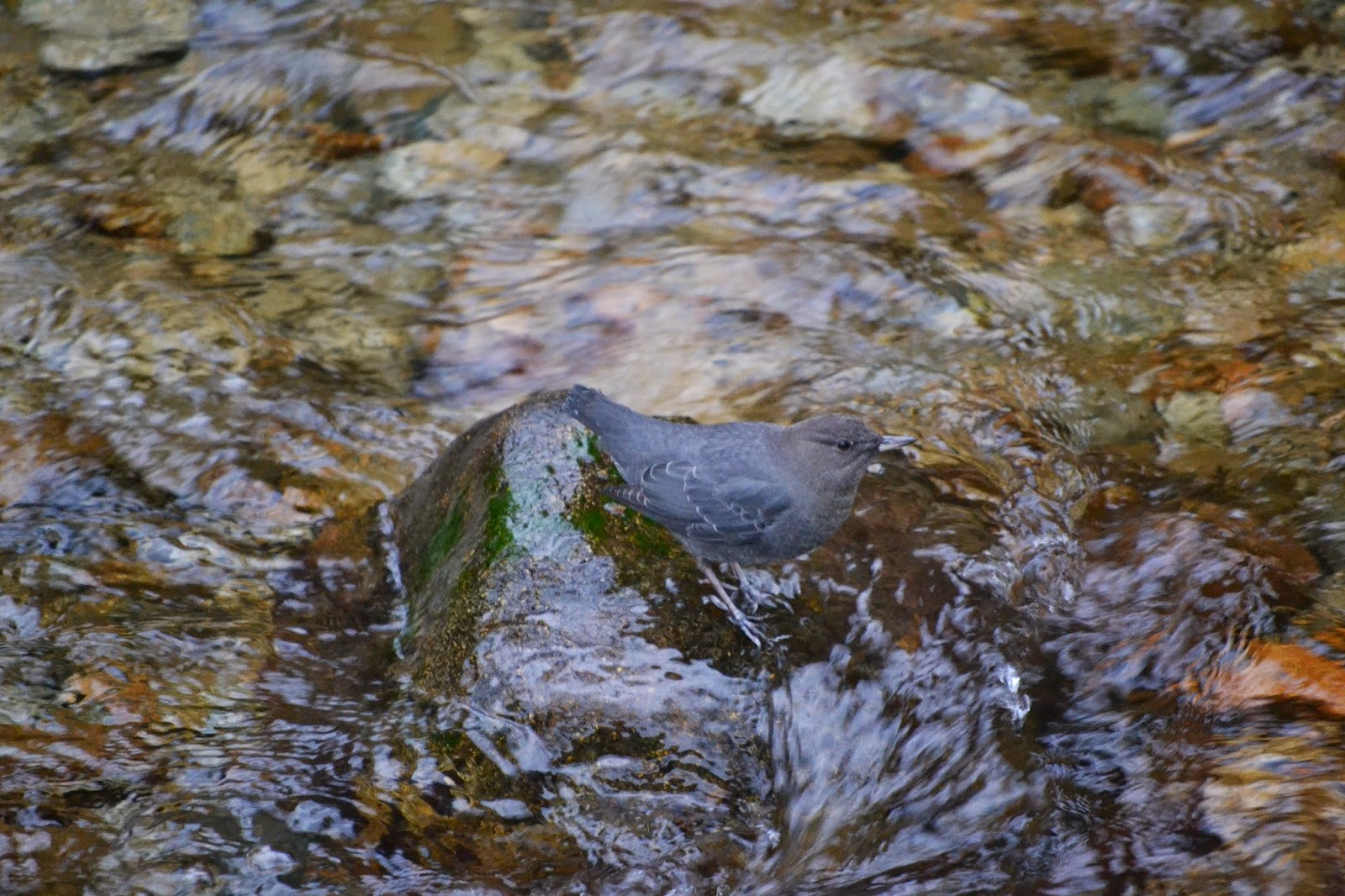 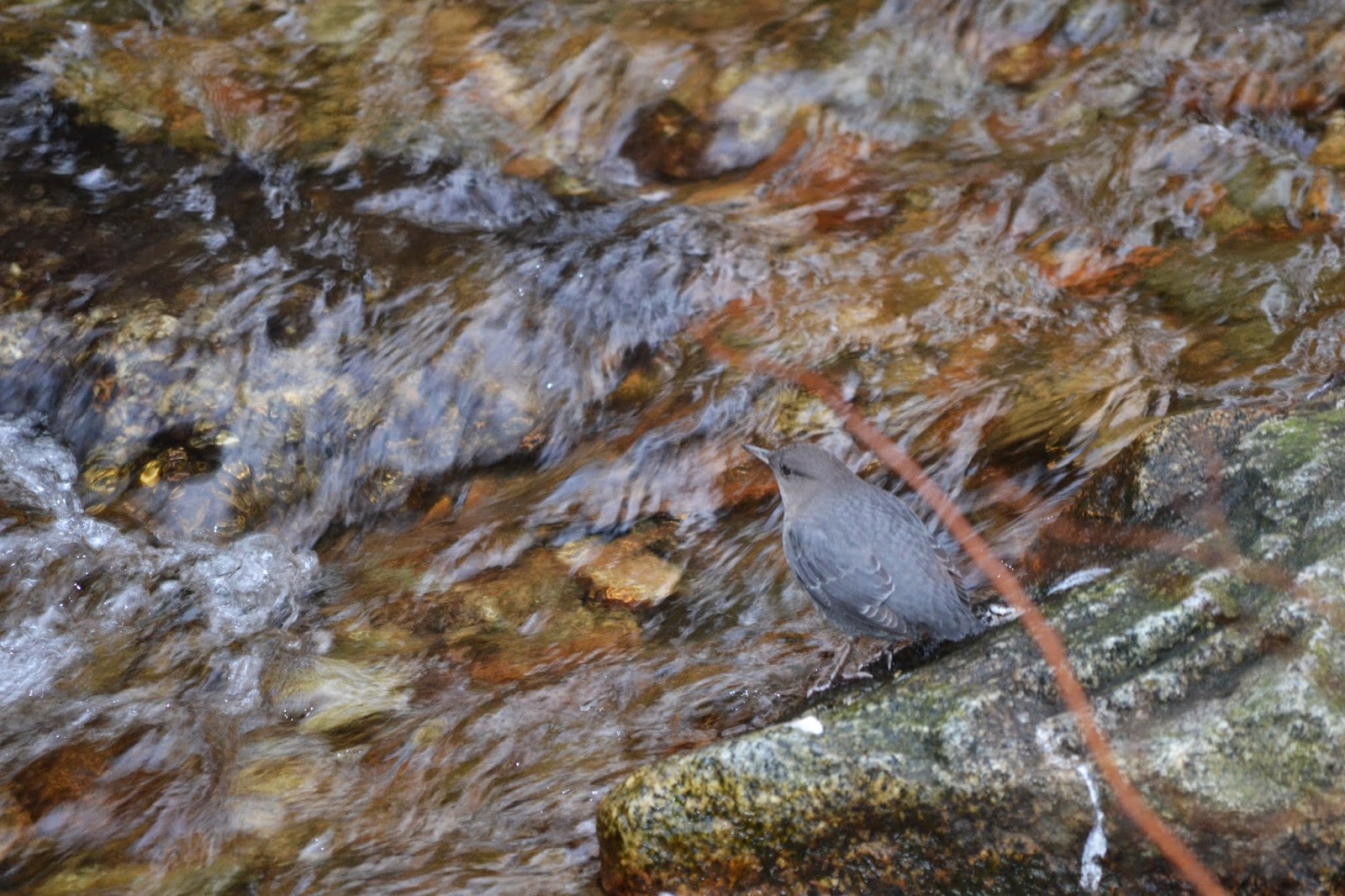 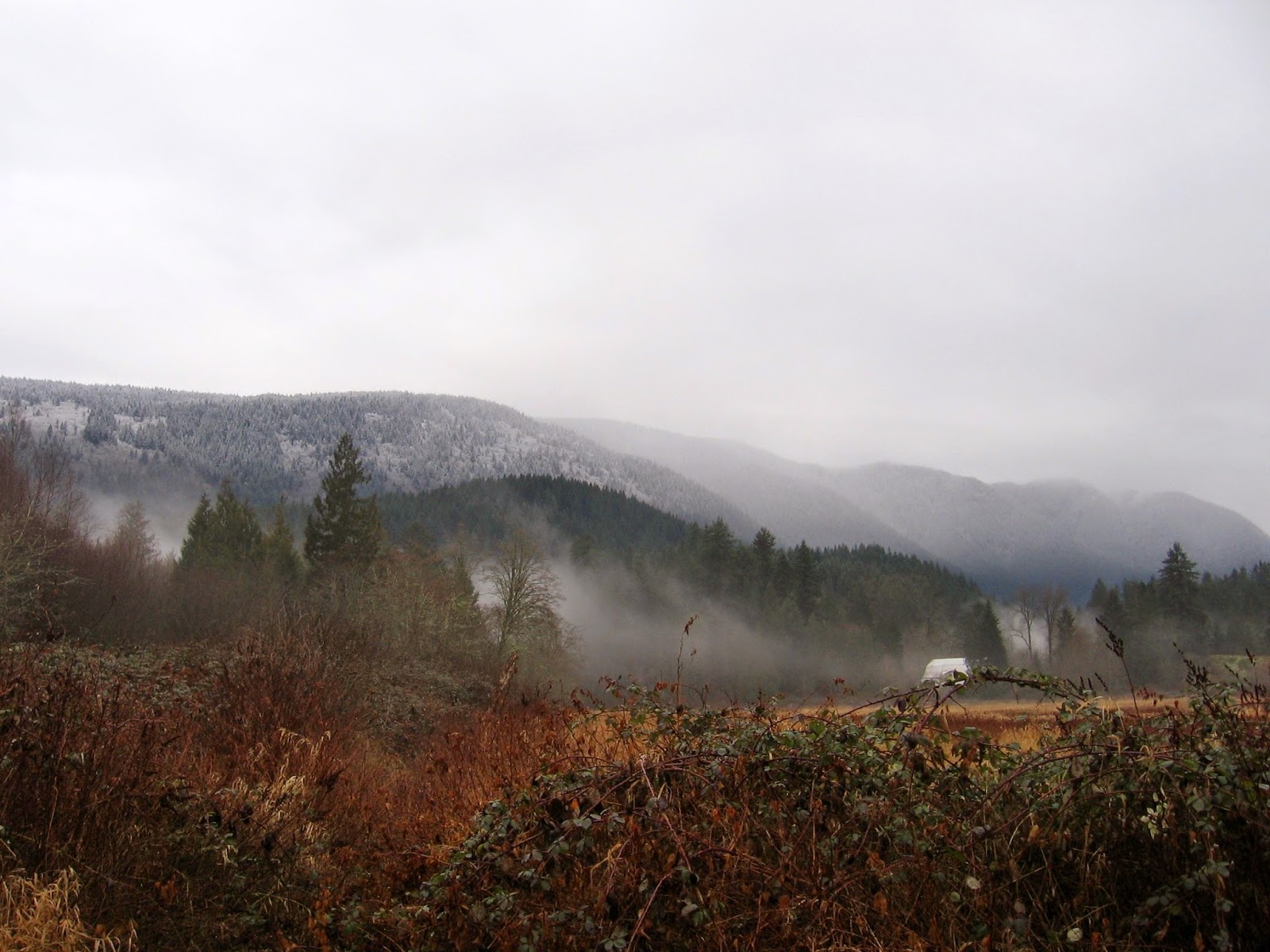 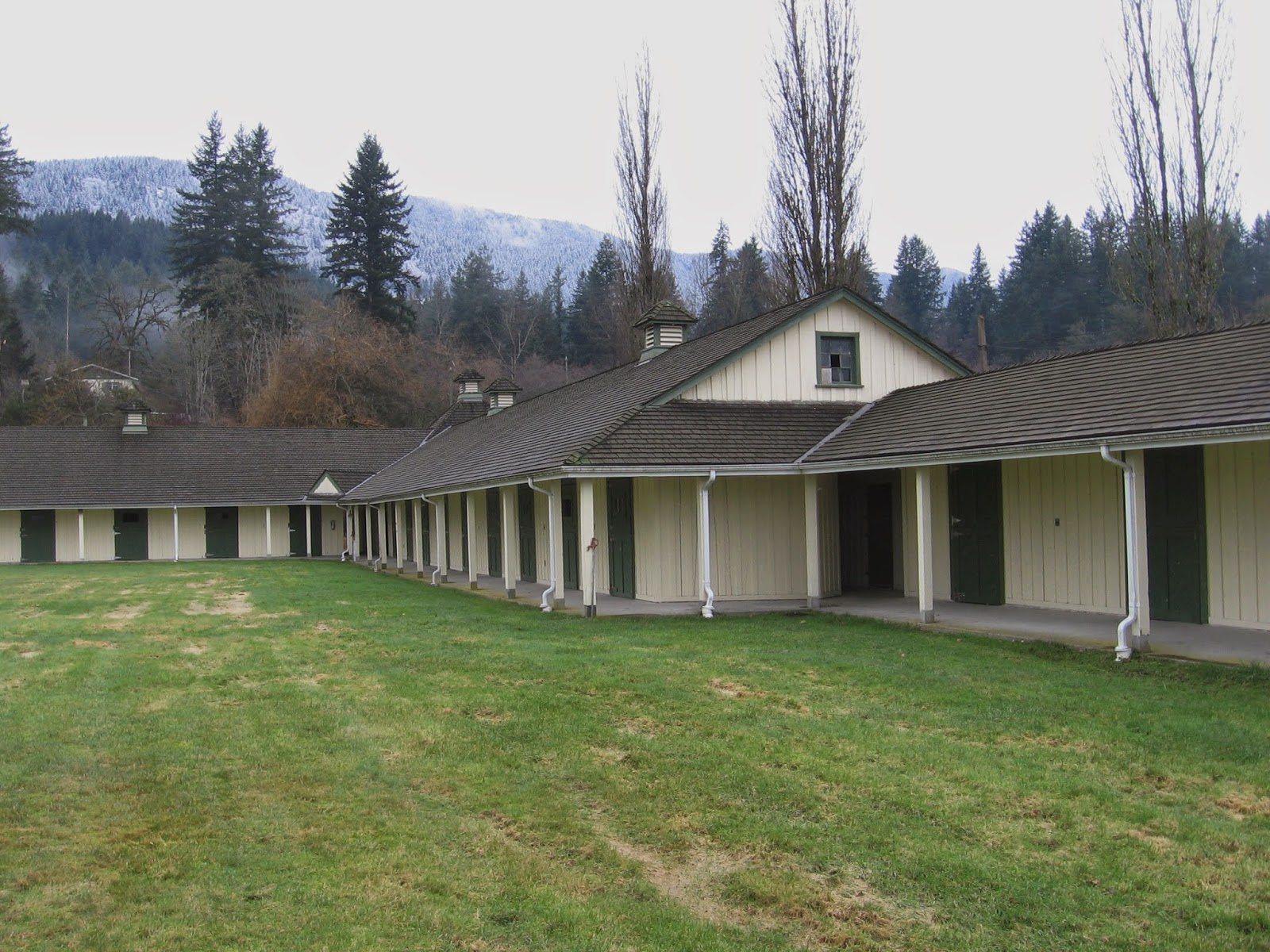 Eastern portion of the Minnekhada Farm, stables. ( pic at Panoramio ) 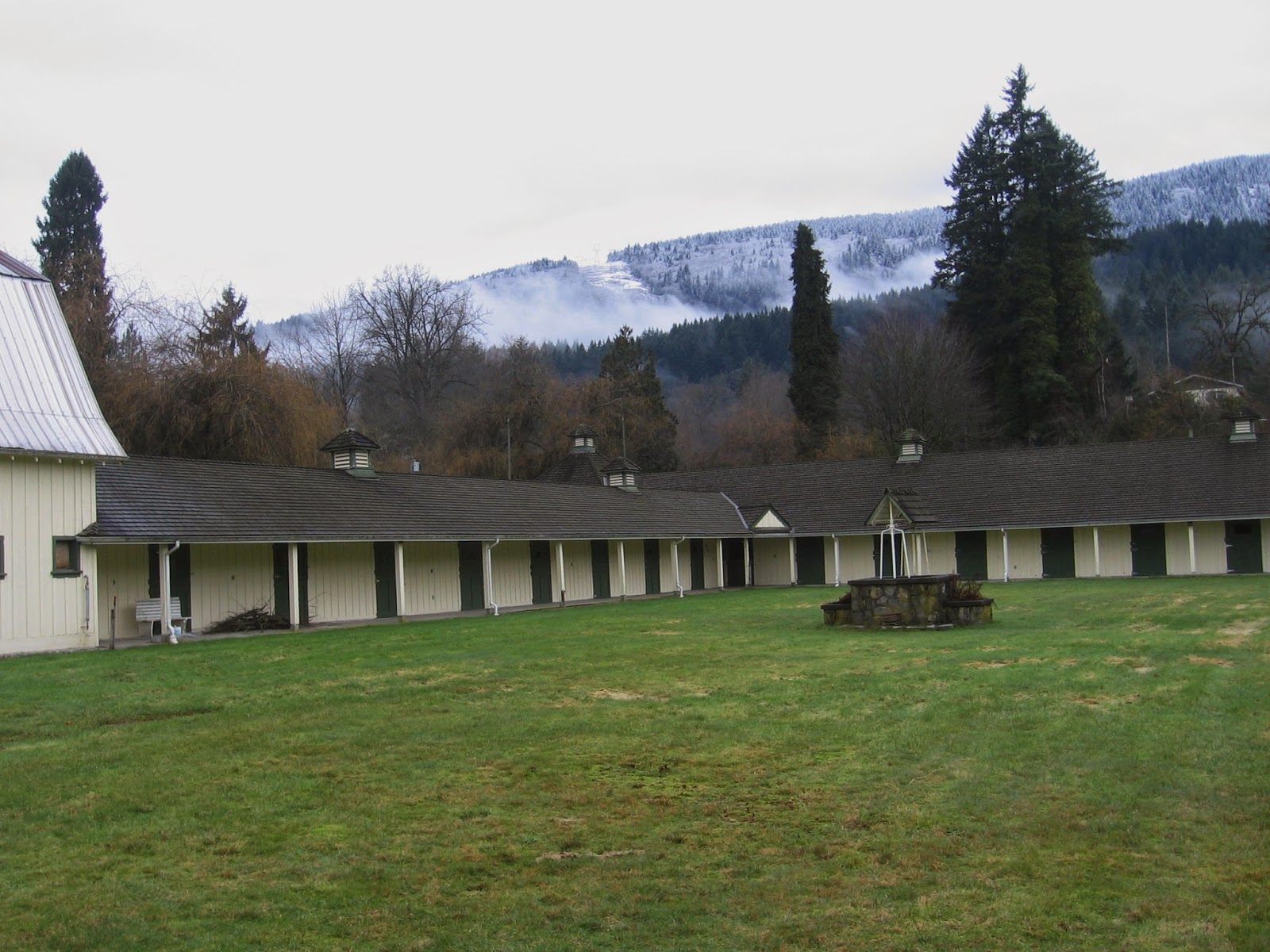 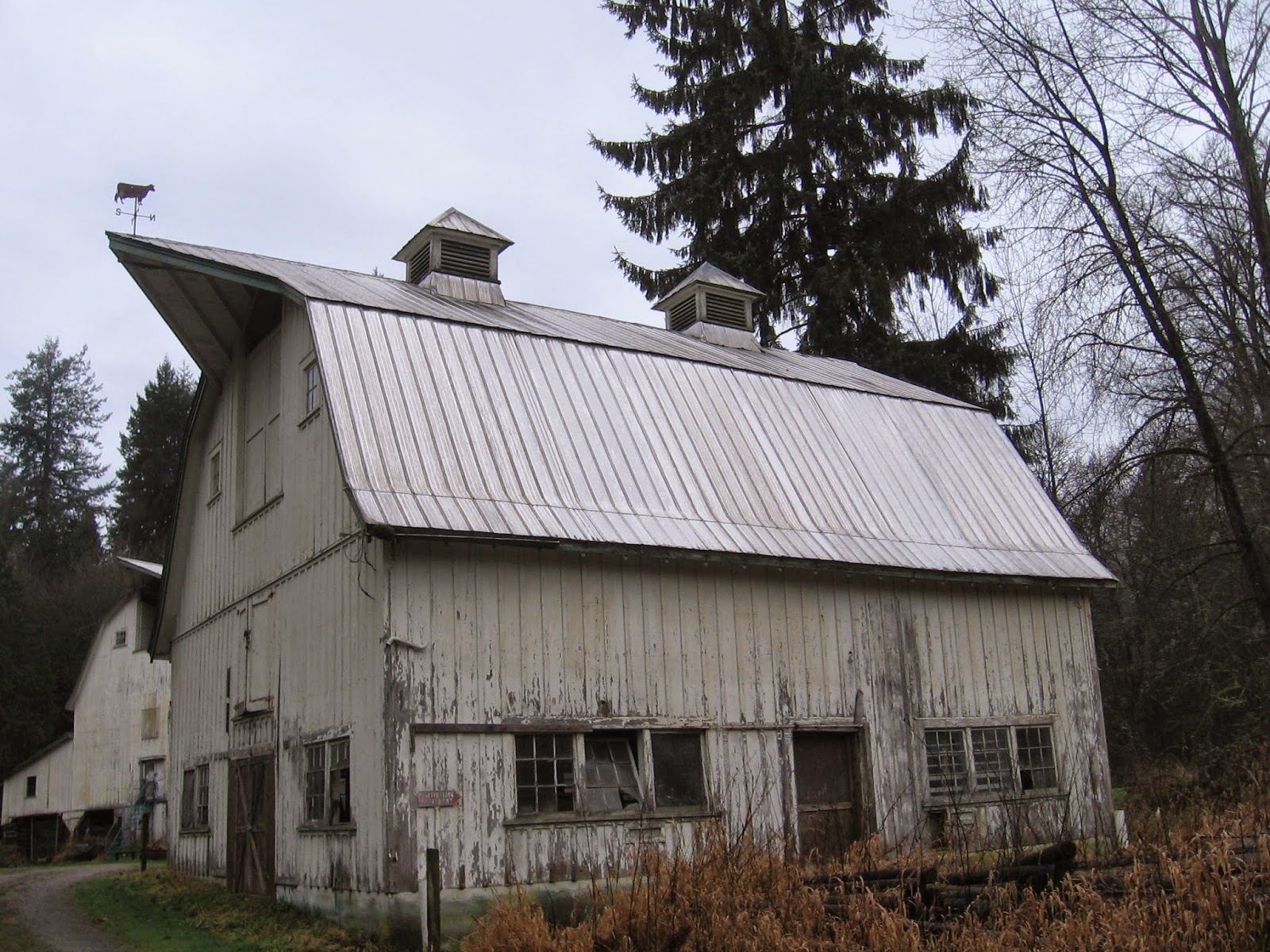 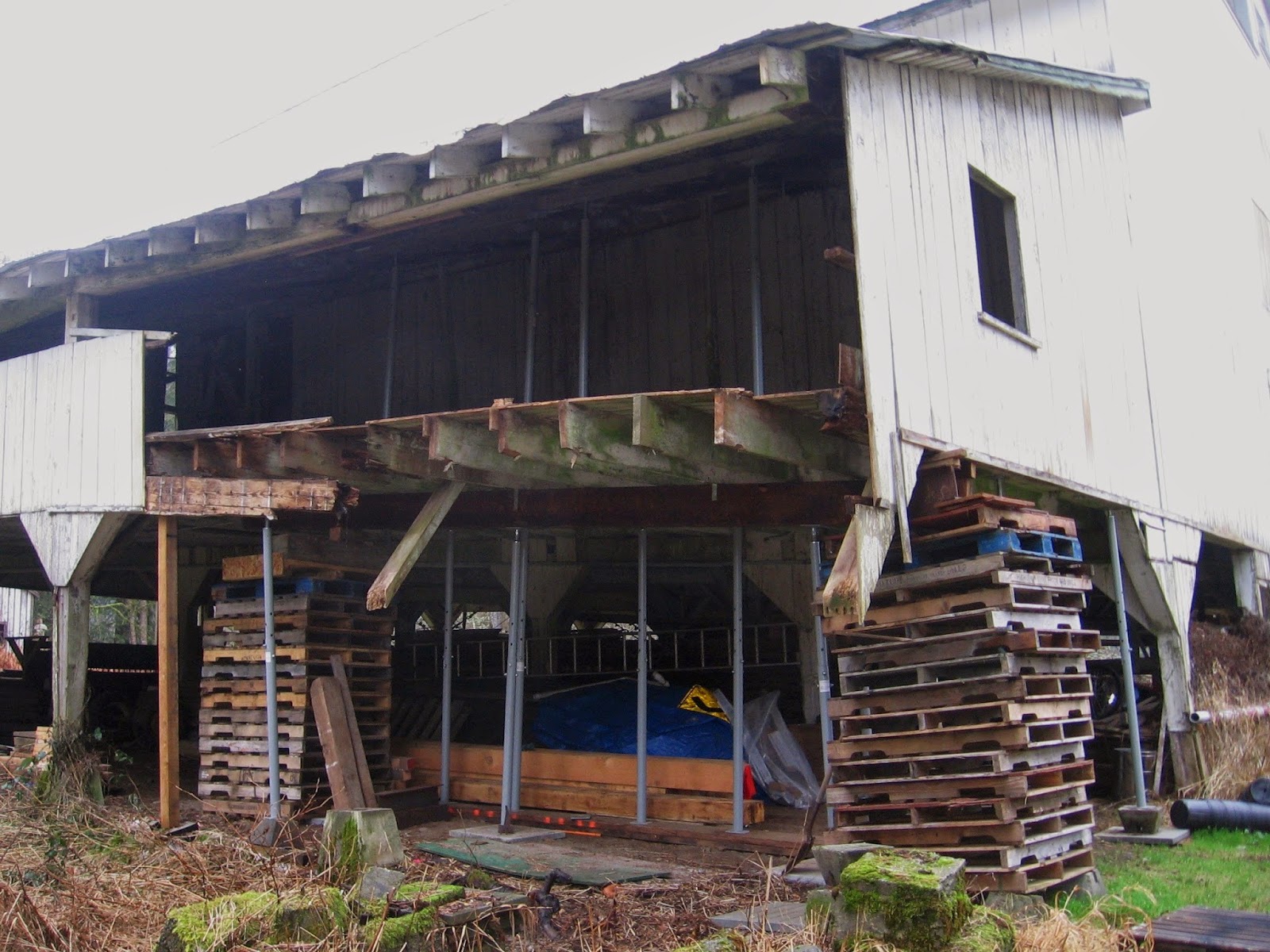 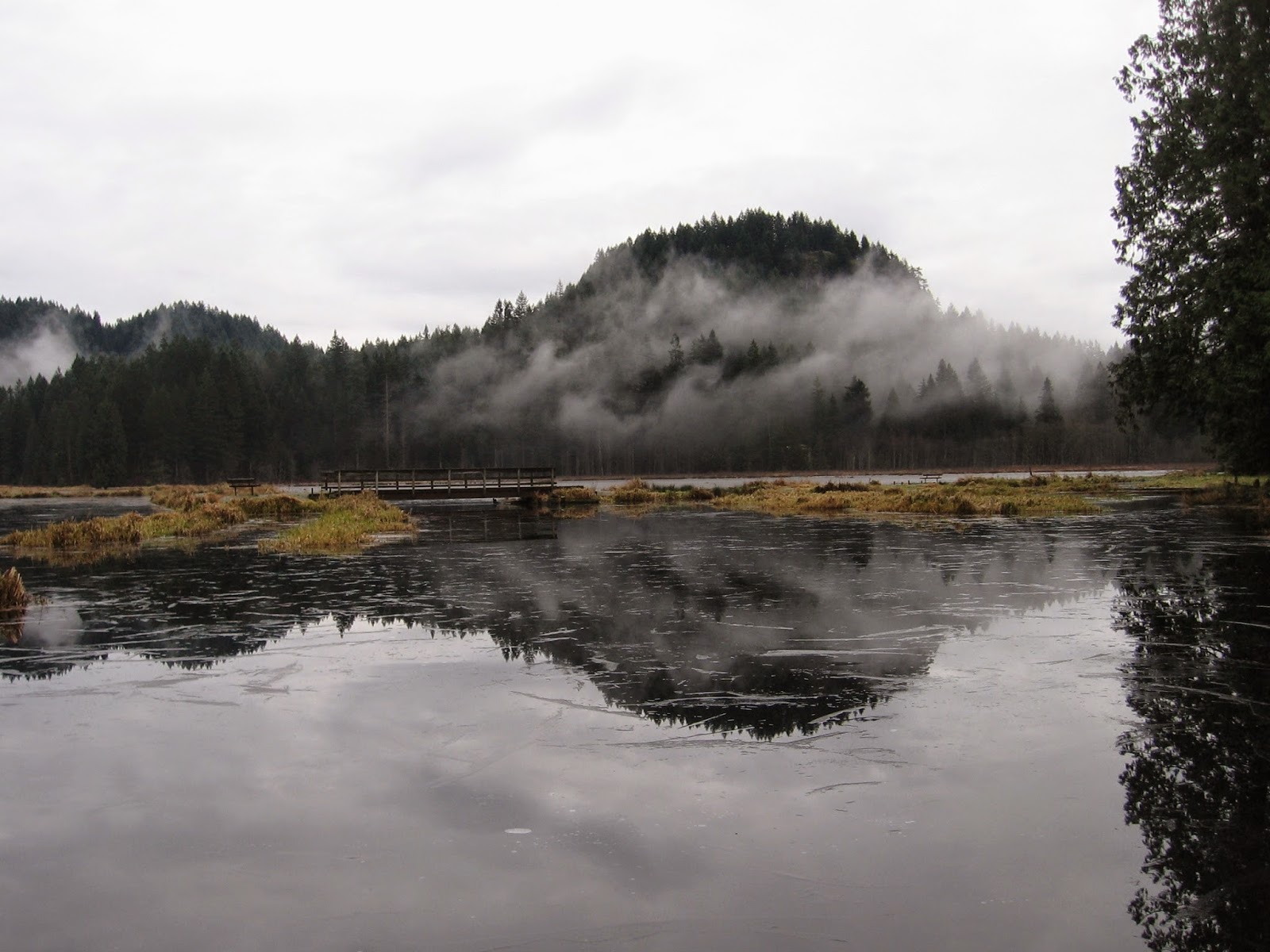 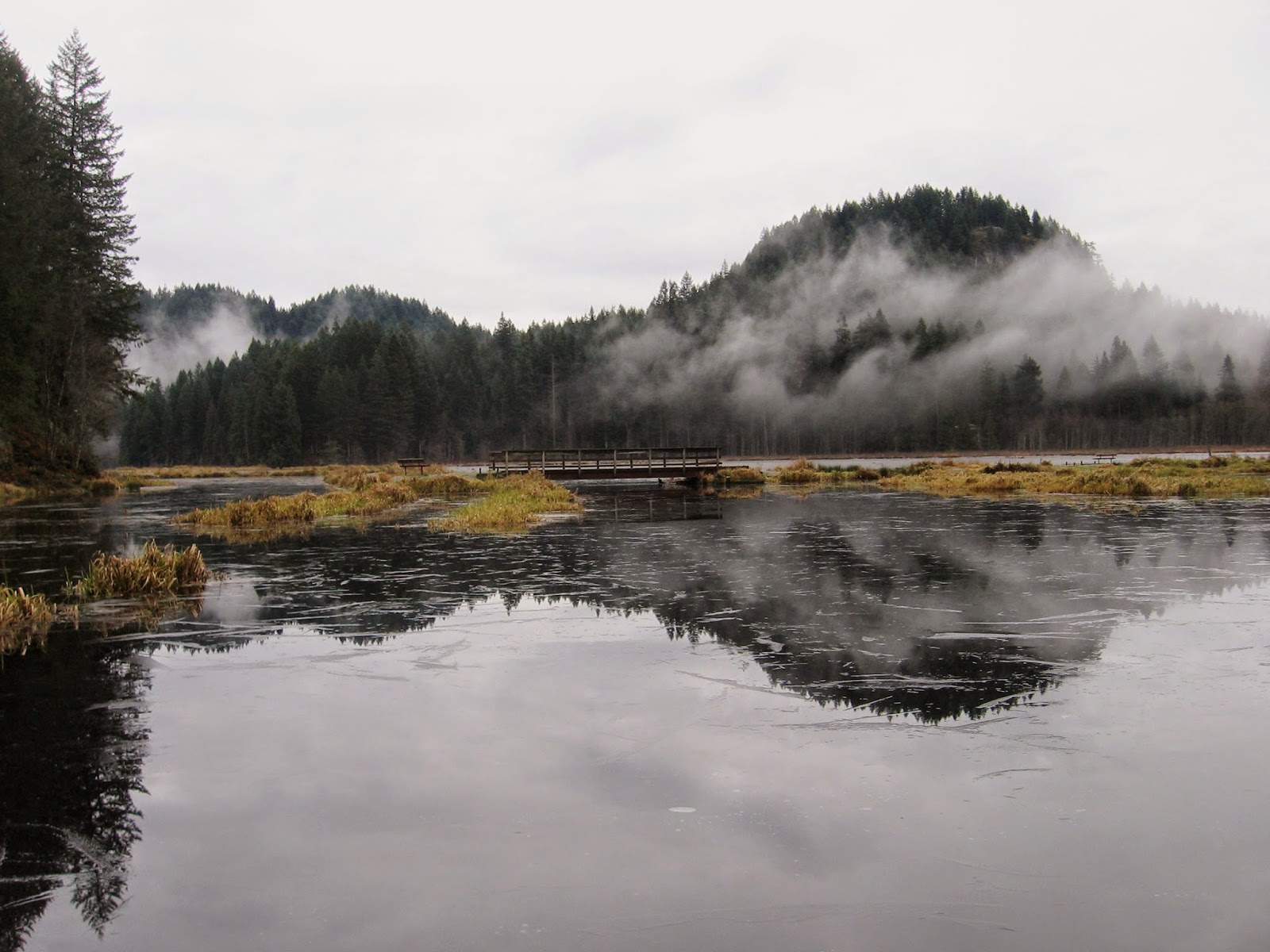 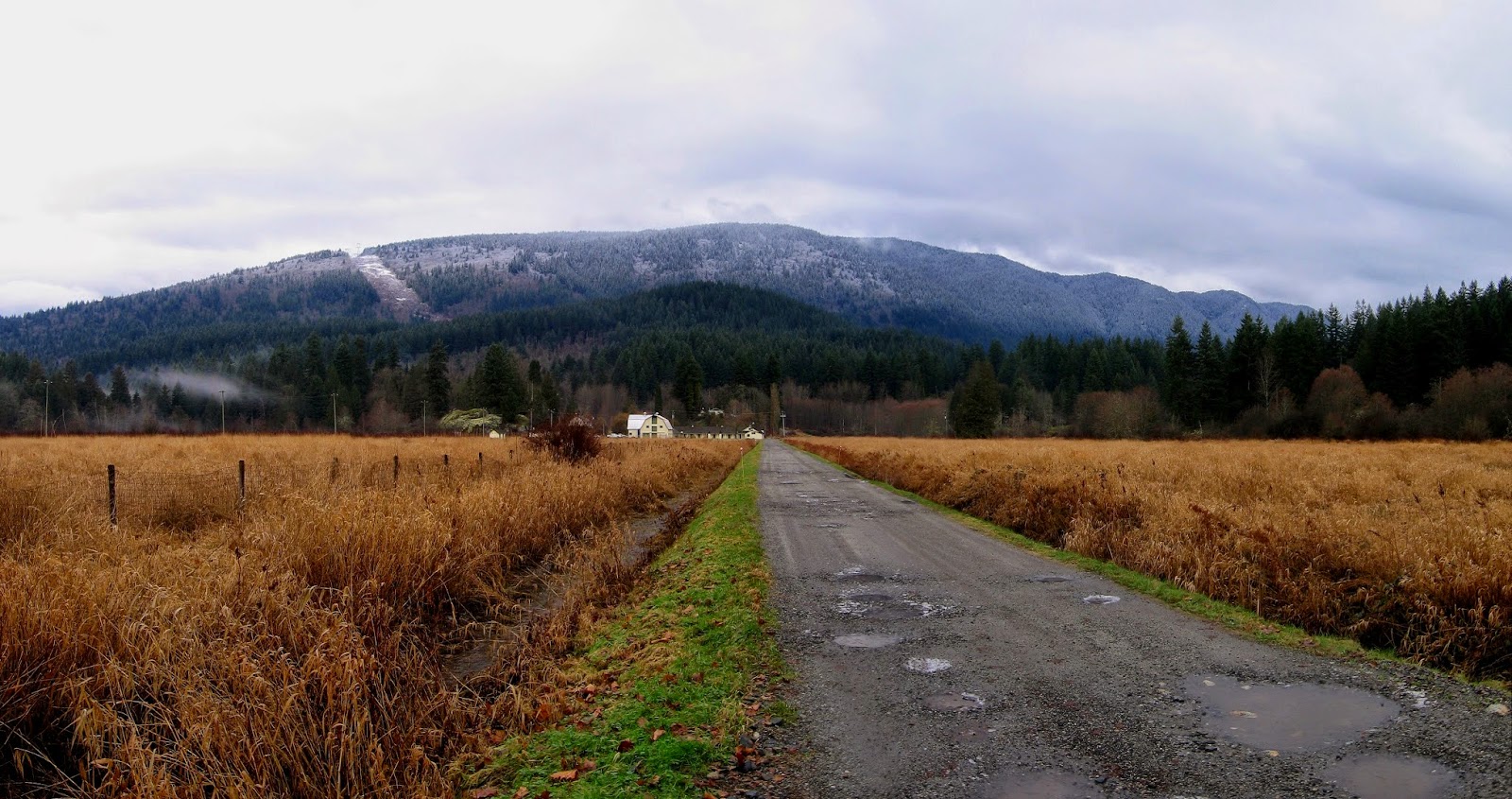 Panoramic photo of Minnekhada Farm, with
Burke Ridge in the distant background. ( pic at Panoramio )

Many thanks to those who participated, and thanks to Pamela for some of the the photographs:
Megan Willie; Jamye Brooks; Pamela Zevit; Victoria Otton; Niall Williams

Posted by niftyniall at 1:59 AM