The April 8 meeting of BMN, hosted a talk by SFU professor John Clague, the focus of the talk was about the historic geological record of this Coast for large earthquakes.

A few grainy pics from the cheap seats 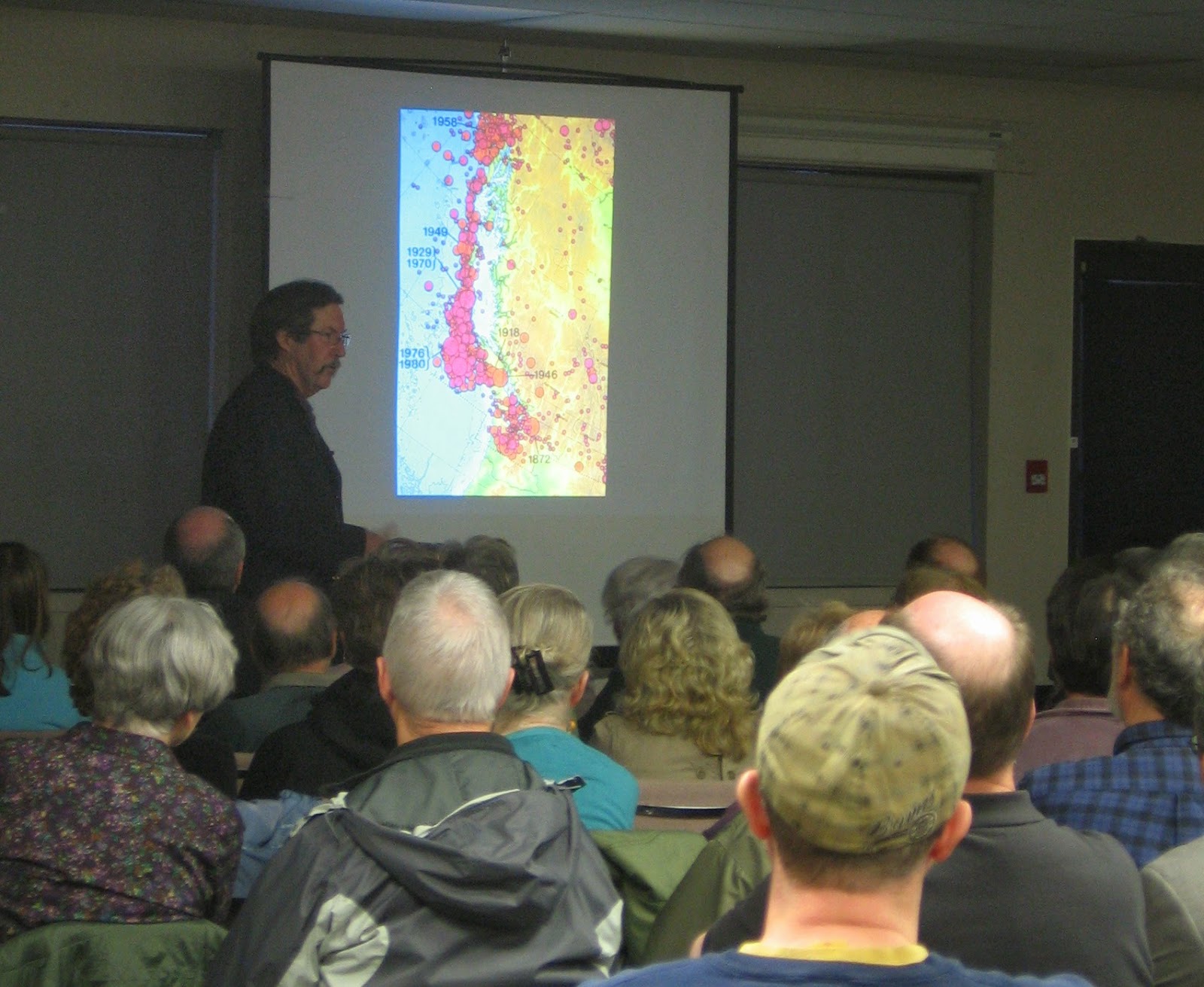 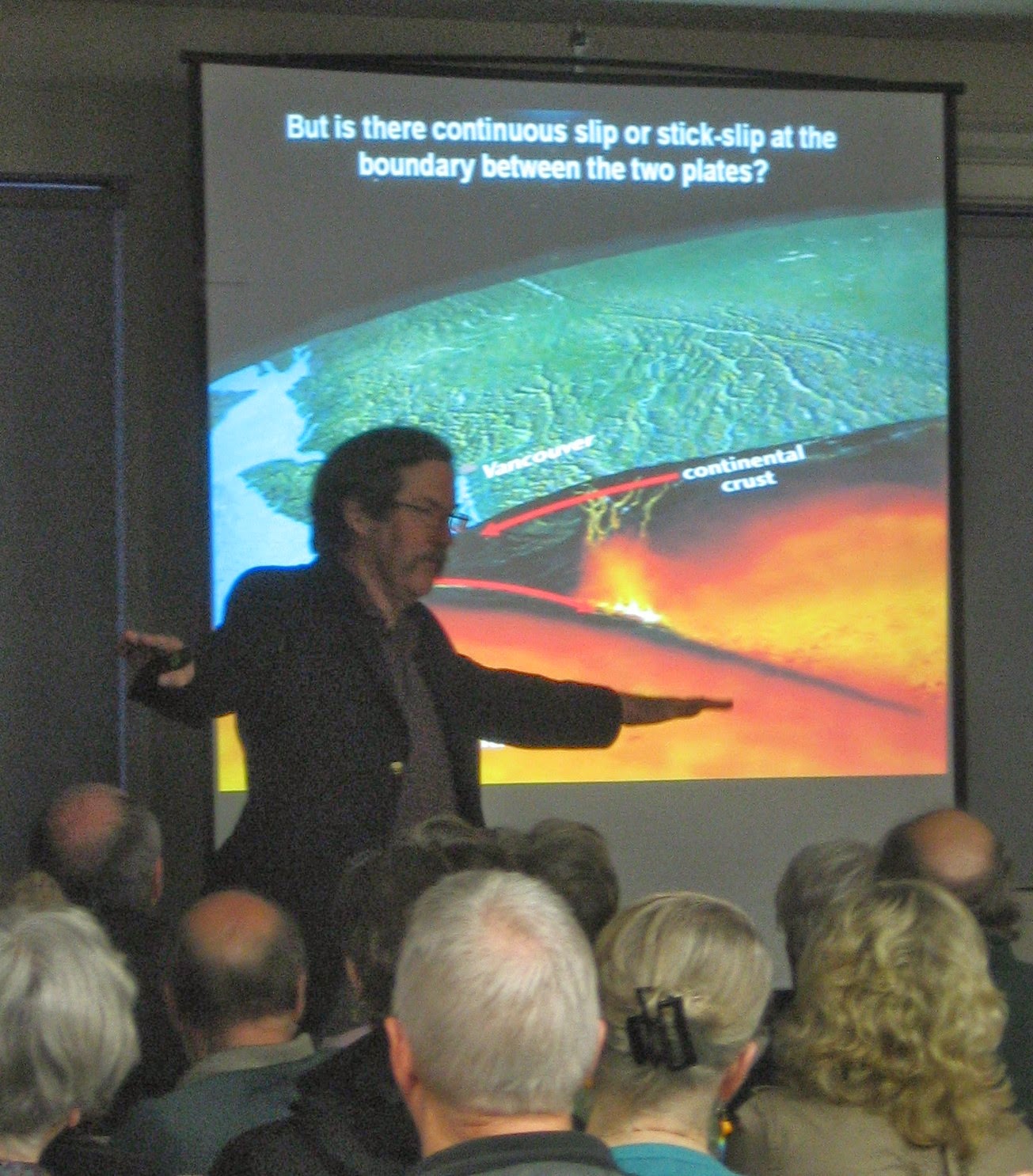 The most recent one of which is the most studied and frequently named as the; The M9 Cascadia Megathrust Earthquake of January 26, 1700.

The most interesting report about the event though is this:
The Orphan Tsunami of 1700—Japanese Clues to a Parent Earthquake in North America.

It can be downloaded for FREE, is a large size file, has some nice quality images, and is a wonderfully put together document.

Here is a listing of the publications that John J. Clague has been involved with from the National Research Council,(NRC)
And from Geoscan      Prolific to say the least.

You may also want to read some of the blogs by members of the American Geophysical Union,  The Landslide blog, by Dr. Dave Petley and the Trembling Earth by Austin Elliott, are frequently  quite interesting.