Rally against Kinder-Morgan at Colony Farm

A hot, sunny day at Colony farm for the event, which went well except for a few issues with the audio system, ( always seems the way ! )

Followed with some themed singing by the Solidarity Notes labour choir

Other groups spotted were Pipe Up network and the Let BC Vote campaign, which wants the public to be able to vote individually on many public policy issues.

Also the Youth against Pipelines in our parks, was there, also the The green Party of Canada  had a table set up, being so close to "silly season" and all the wannabe and incumbents were tripping over each other for their voice to be heard.

One interesting thing that I noticed was that the Canadian Pacific Railway police were at the entrance to Colony Farm, where the tracks are, and it is apparently the possible staging site for the future Kinder-Morgan fiasco in the future, and on my way home from the event the RCMP were also there with the CPR officer.
I guess there must have been some anarchists, radicals or the like nearby ☺ at least I could not smell any tear gas. 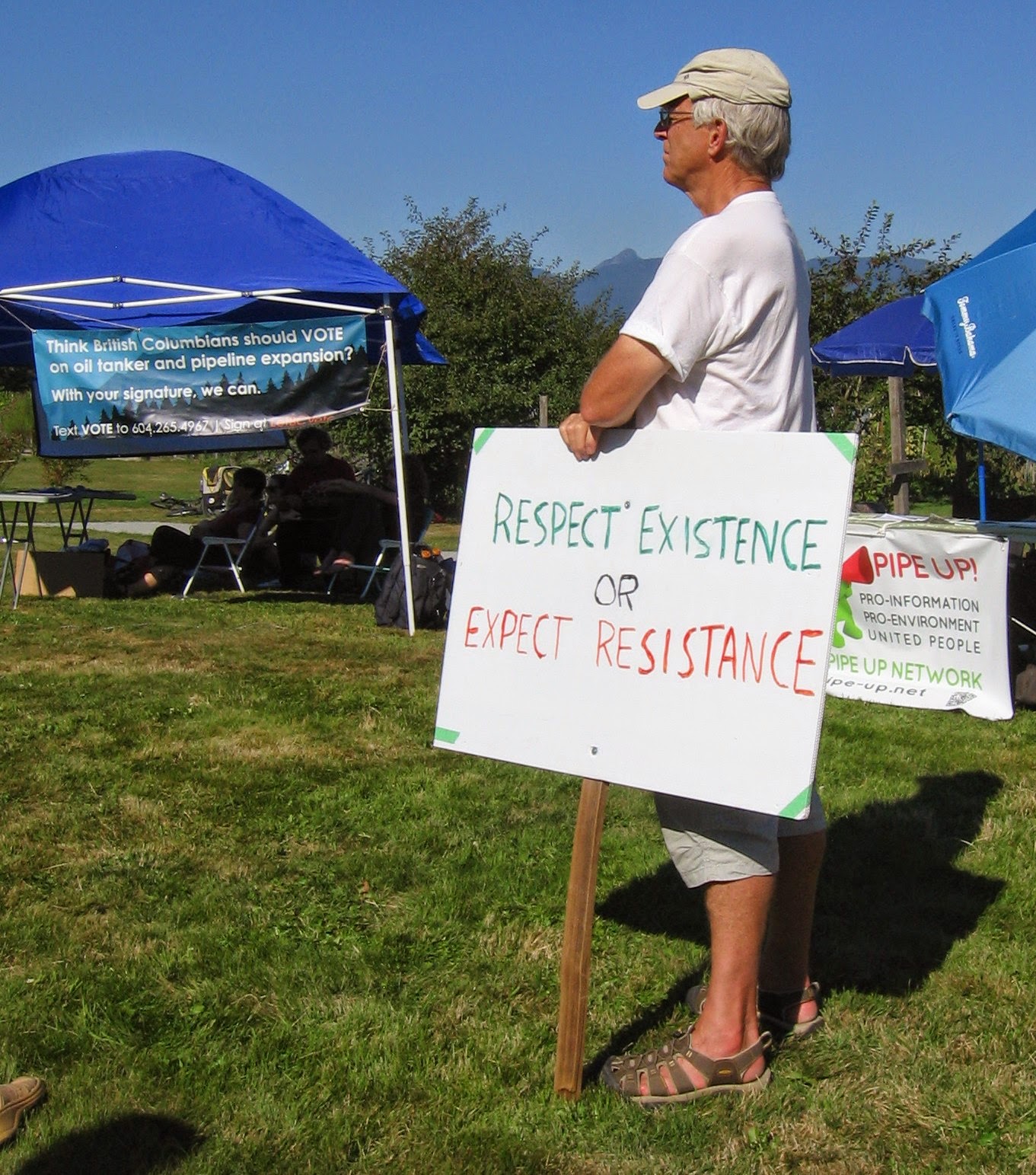 Posted by niftyniall at 9:27 PM