The Naturalists had a twenty-five year anniversary celebration meeting at the regular monthly meeting. it was well attended, with over 70 members and supporters in attendance. Made me think about how much land the group has been able to save through the years.
It would be somewhere near 400 square kilometers, Burke-Pinecone Provincial Park is 380 square kilometers in area, and this would make the lands preserved with the help of other groups to be larger than 45 countries
I Like that idea.     Stay tuned for a 50 year anniversary celebration

Below are a few pictures taken at the event: 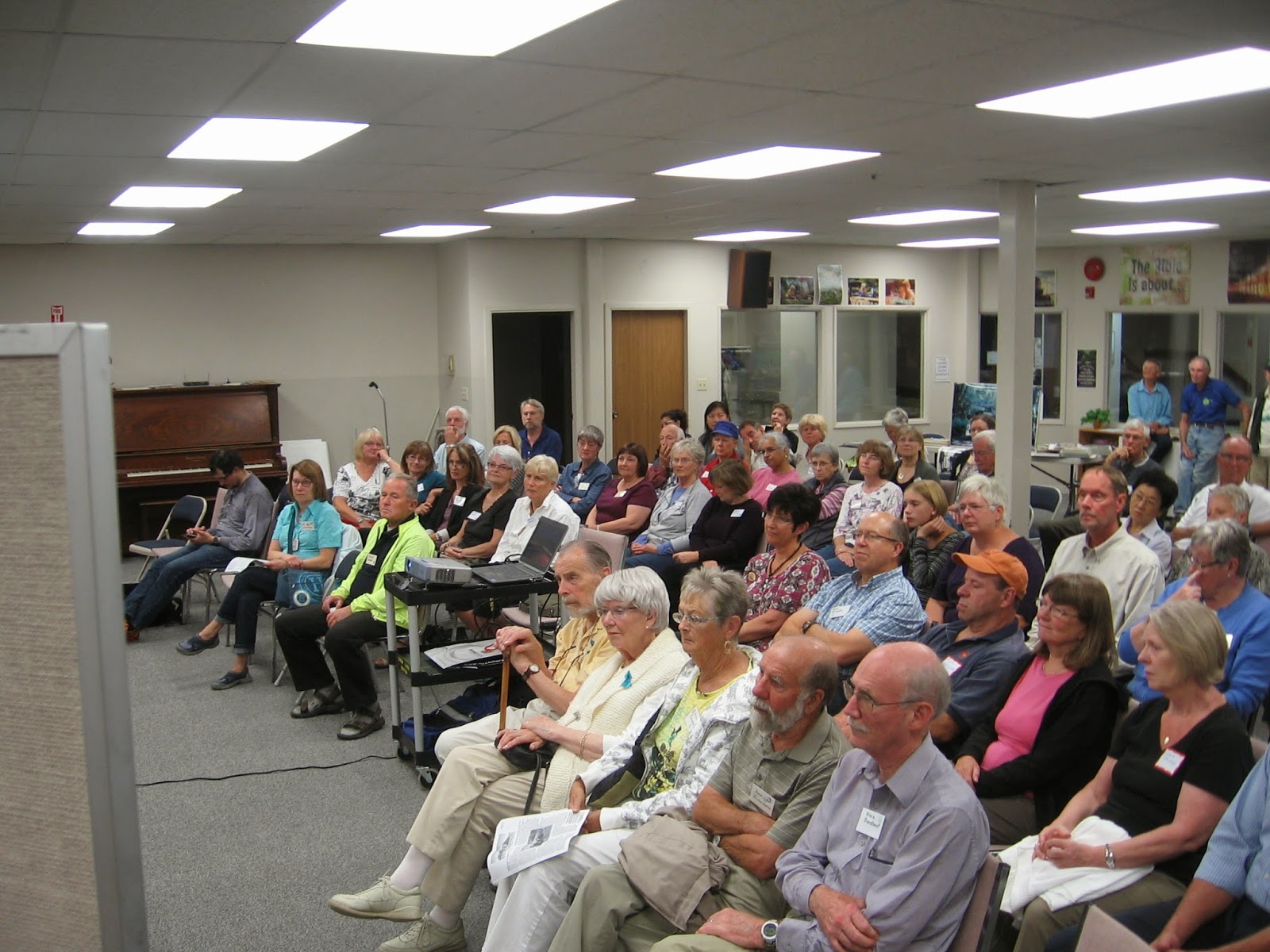 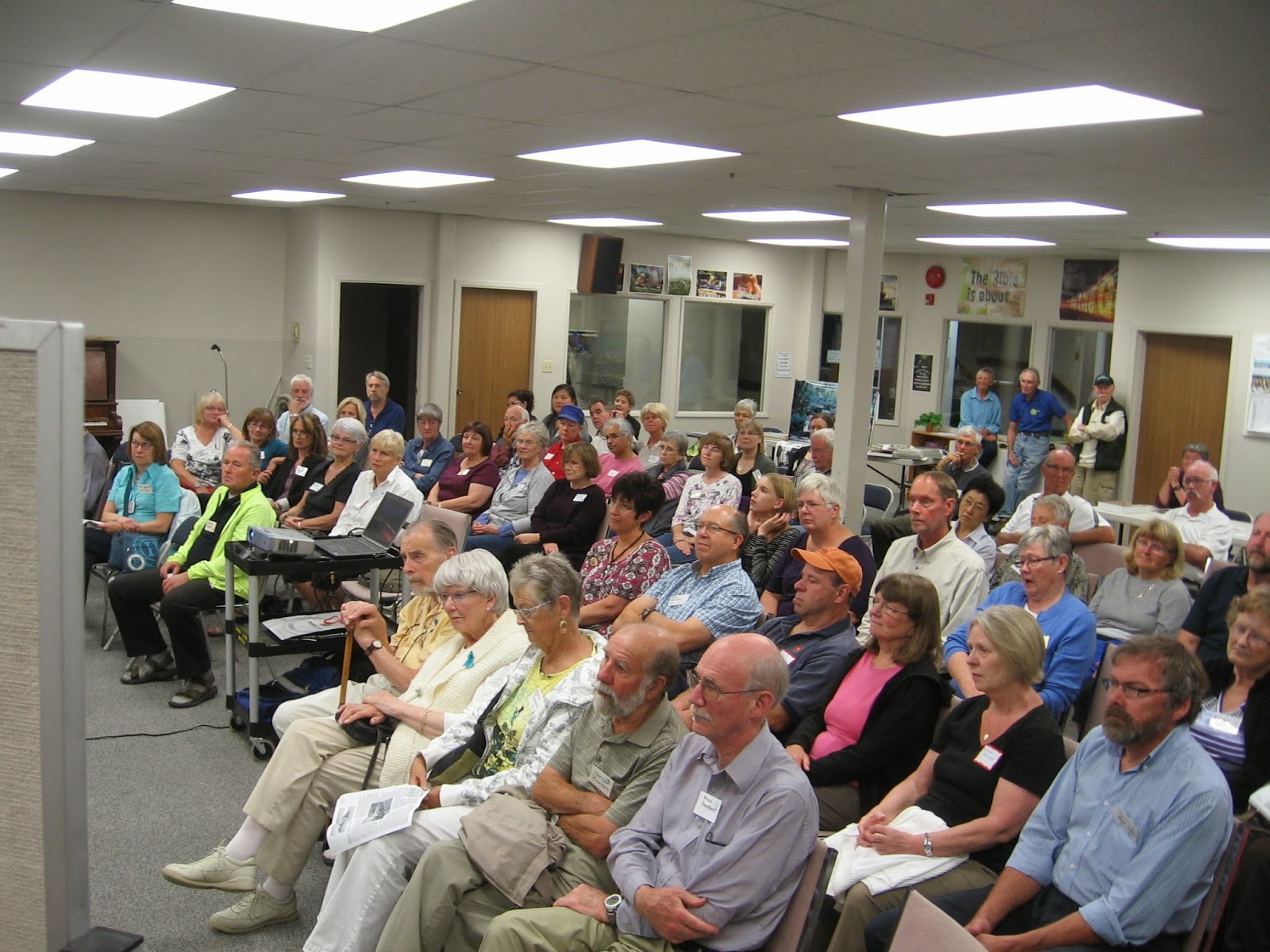 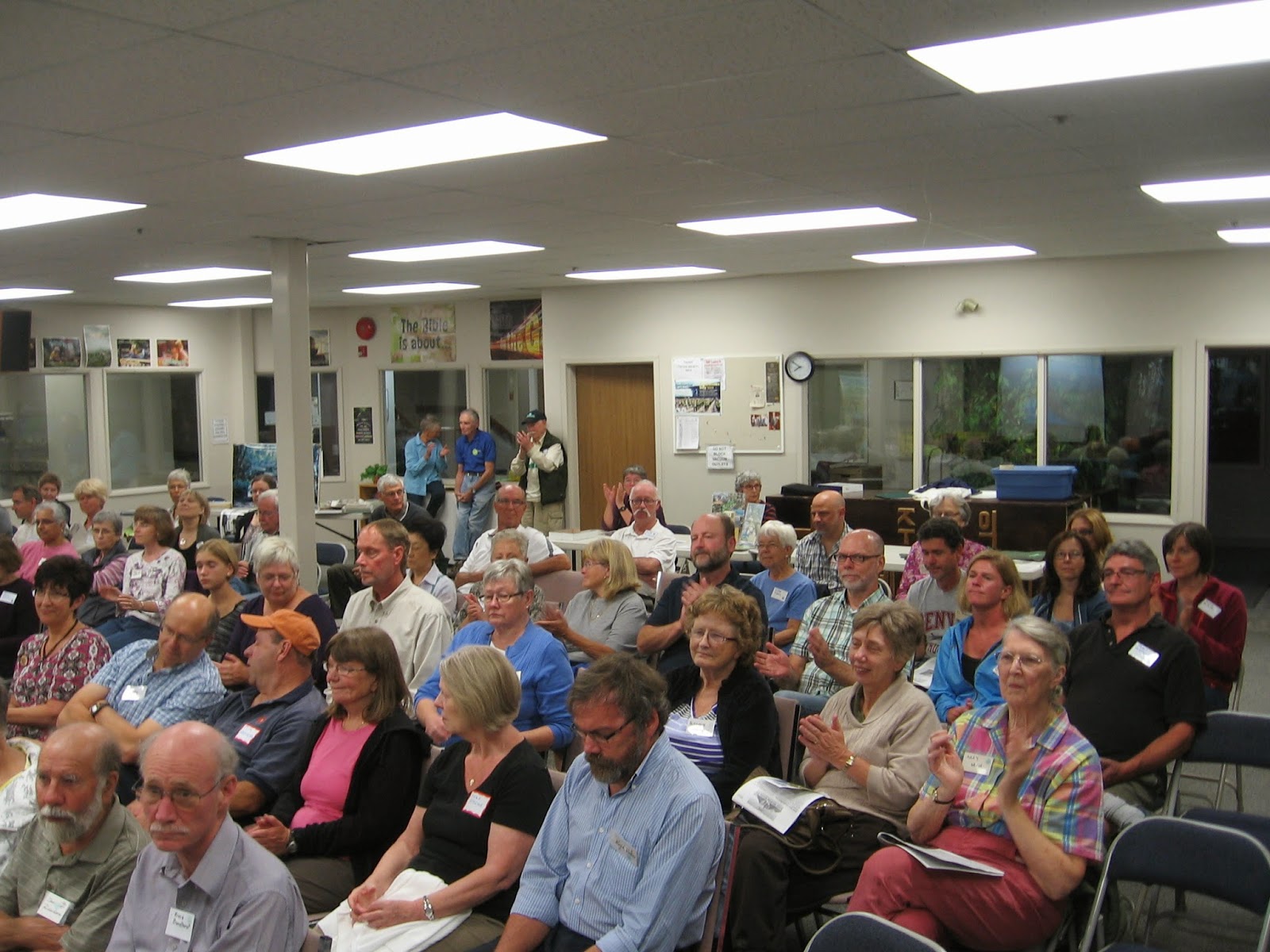 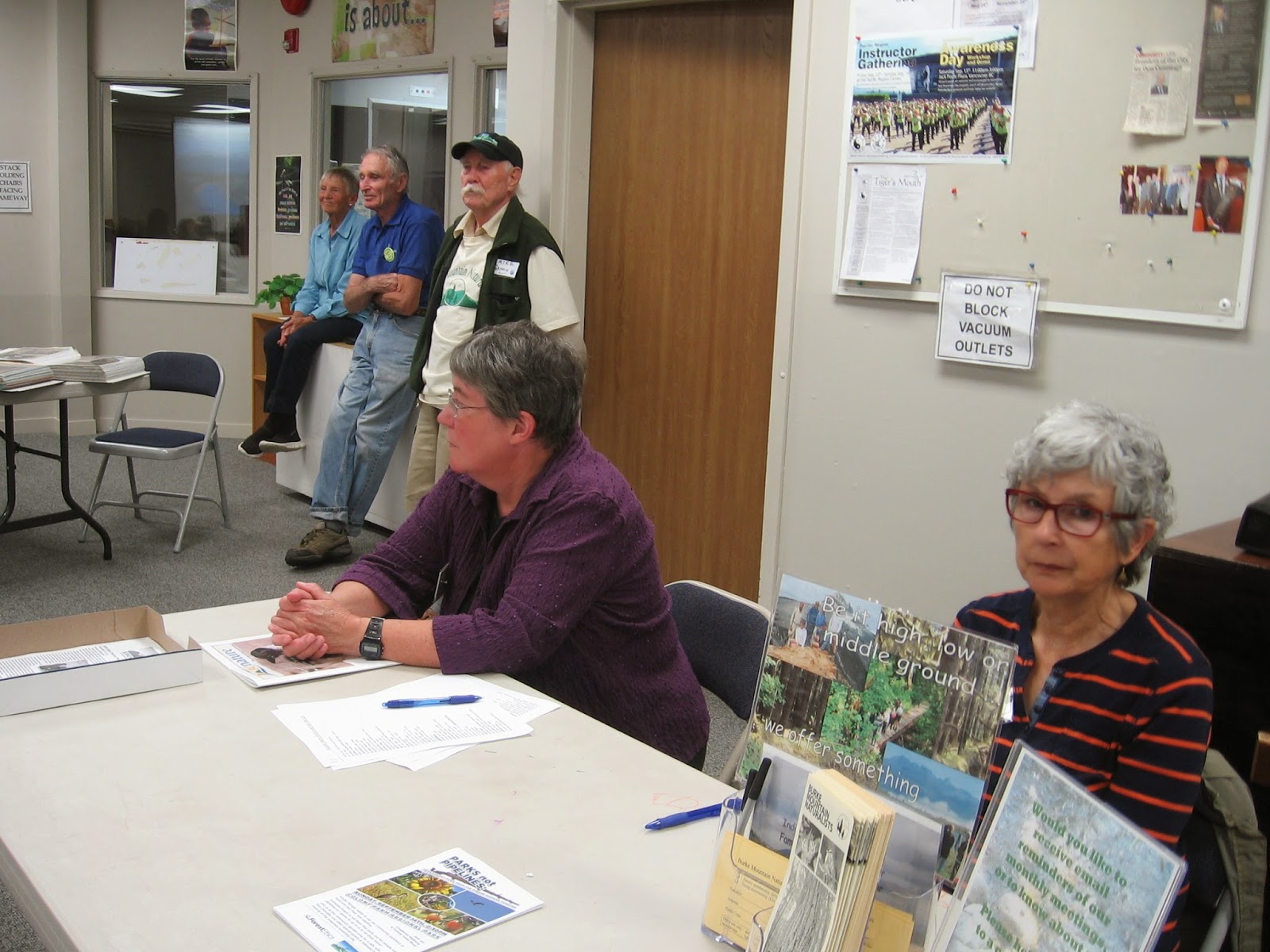 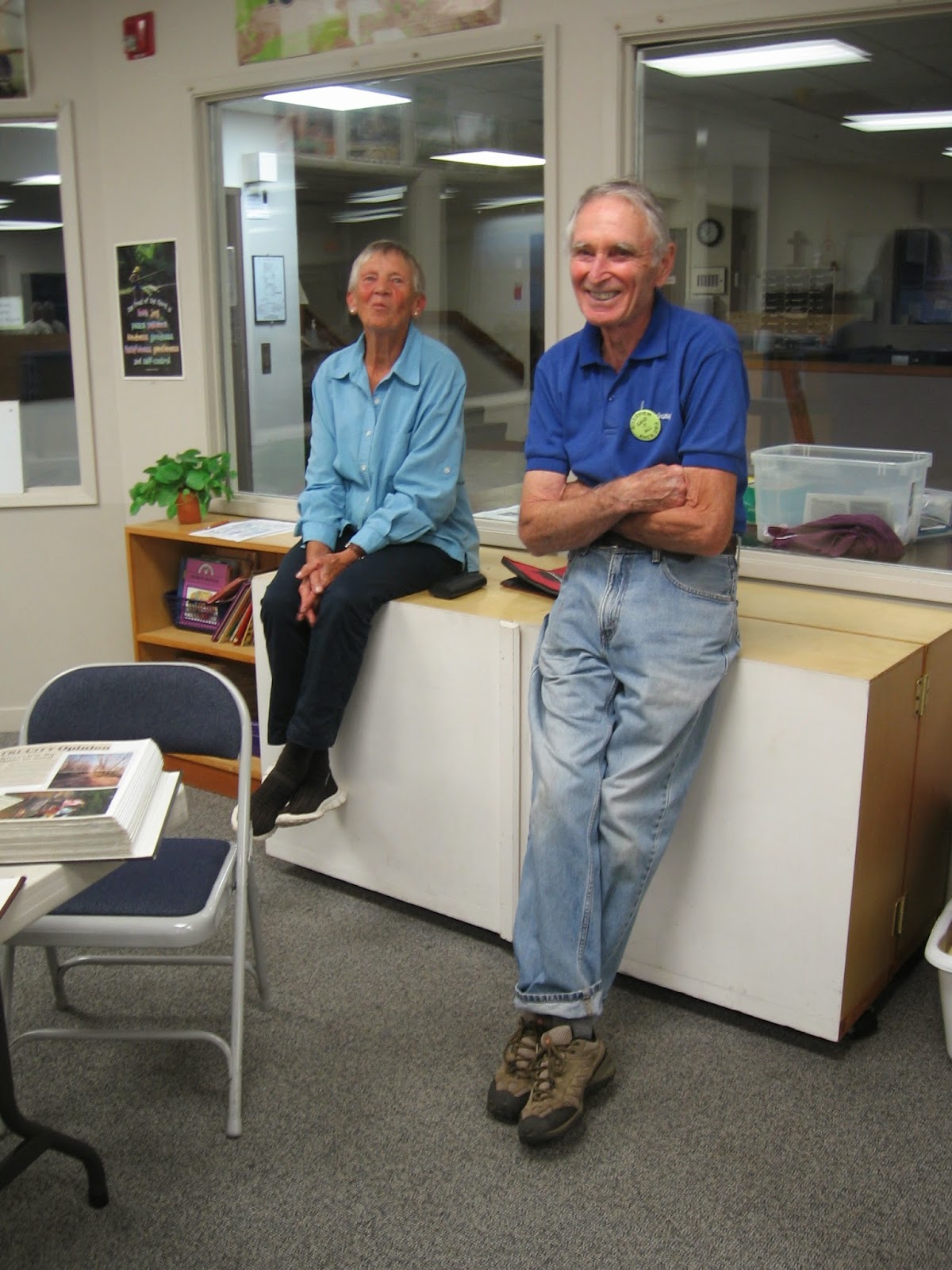 This fellow has a mountain named after him   Don Gillespie  Mount Gillespie   Apparently they normally do not name land features after living people, but by a coincidence, other unrelated Gillespie's had also explored the area in the past.  Norma Gillespie, Don's wife on the left, both are tireless supporters of BMN.
Posted by niftyniall at 2:11 AM